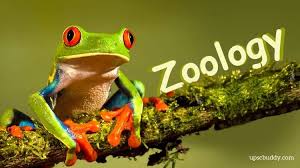 Dirofilaria (Heart Worm) – the growing threat for pets across Europe

Dirofilaria immitis, called also dog heart worm or just heart worm, is a parasitic round worm (phylum Nematoda) which infects dogs and other canids such as wolves, jackals, foxes and so on. Though not the preferred hosts, other animals such as cats and other felines, ferrets, bears and even seals can also be victims of the heart worm. On very rare occasions humans may get infected with D. immitis. The parasite has hard time surviving into a human host since our immune system recognizes the larvae more efficiently and attacks them.

What and where does Dirofilaria do?

– Despite being called heart worm, the mature D. immitis in fact resides in the arteries of the lungs. There they receive nutrients and oxygen via the host’s bloodstream, the worms mate and release into the bloodstream larvae called microfilariae. Only when the number of adult worms increases to more than what the lung blood vessels can house, they start to migrate towards the right part of the heart. This is when the manifestation of the symptoms gets the strongest and the disease is often discovered, hence – heart worm. Dirofilaria immitis is not a hermaphrodite species but has separate sexes – male and female.

Where does Dirofilaria come from and where is it spread to?

While originating from the warmer parts of the United States, Dirofilaria immitis is now spread as far as Australia, Japan, parts of Asia and Europe. While less than 10 years ago the cases of infected with Dirofilaria dogs in Europe were considered isolated cases, the disease currently has the status of “endemic” for Europe. Several investigations yielded results that roughly 5 to 10% of the stray dogs across Eastern Europe are hosts and reservoirs for Dirofilaria.

How does dogs and other animals get infected?

Summary of the life cycle of Dirofilaria immitis:

What are the symptoms of Dirofilaria infection?

– Generally, dogs show little to no symptoms, not only in the first 6 months after the infection (the time needed for the microfilariae to become mature adults), but also long time afterwards. Symptoms start to manifest when the infection reaches advanced stages (3rd and 4th stages), causing coughing, shortness of breath and reduced ability for physical activity. At more advanced stages of the disease other symptoms may be weight loss, fainting and coughing up blood. If untreated the infection ends in congestive heart failure.

What are the treatments and the recovery prospects?

– If detected at the early stages (1st and 2nd stages) the treatment is almost 100% successful. There are several active substances used for treatment, such as Arsenamide and Melarsomine which are administered by a scheme. The length of the treatment largely depends on the level of infection (the number of worms in the lungs and heart). It may vary from about 6 months to over 2 years. At stage 3 the prospects of a successful outcome, despite the treatment, are significantly lower. At the final 4th stage the outcome is 100% lethal without a surgical intervention and physical removal of the mass of worms from the lung and heart. After a successful surgery and consecutive treatment, the chances for recovery are comparable to those of 3rd stage.

Prevention and early detection – the better way but how?

– Considering that the Diropilaria is now endemic to Europe and that it can use almost all blood sucking mosquito species as a vector, no dog is really safe. There are several substances that can be used for prophylactics in the form of tablets for peroral administration, such as Ivermectin, milbemycin oxime, moxidectin, diethylcarbamazine citrate (DEC). A new substance named Selamectin supposedly is as effective as the peroral tablets but is administered directly on the skin.

It is of very high importance to be sure that your dog is Diropilaria-free before you start giving it one of the prophylactic substances. The reason being that should the dog be infected and treated with one of these substances in the prophylactics dose, this will cause a large amount of adult Dirofilaria worms to die at the same time. The dead worm may clog major blood vessels and/or cause severe sepsis once they start to decompose.

There are 3 major methods to check and detect Dirofilaria:

– Dirofilaria poses a real and growing threat for dogs and other pets across Europe. Since it can use almost all mosquitoes as a vector it will continue to spread proportionally to the available reservoirs (infected untreated animals). Luckily, the infection is detectable in early stages and curable. Still prevention remains the best way to go. We advise you check your pets with a rapid test at your Vet’s clinic in the beginning of each spring and use preventive pills that are generally given once a month until the end of the warm season when mosquitoes fly. Do not be tempted to run the prevention year-round – a build-up of the active compounds will happen, and this may be damaging to the liver and other organs of the animal. Consult with your veterinarian on the most appropriate scheme of prevention treatment for each active substance and/or particular trademark.

This article was written by: